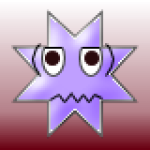 Rip Cracking video from Mark Angel Comedy group “Wicked Man”, if you have ever imagined a wicked man, Mark Angel is just it on this new funny video.

The concept on the video is that Emmanuella consumed their meal for the previous day and the next morning the still took tea as breakfast, while Mark did not. However it is time for Mark to eat his meal but Emmanuella and Aunt Success thinks that it is time for them to eat too.

So they walk up to the kitchen bring out their plates to Mark who is eating from the pot but Mark refused them food rather he explains to them that he is eating his yesterday mill. Emmanuella seems to have an idea over the left over beans the previous day, but Mark says the beans is going to be his meal for the day.

But the day is not going to be very well with Mark as Emmanuella and Success plots trouble for him.